How to Squash the ACS Organic Exam

What is the ACS Organic Exam?

Let’s say you decide you want to go to graduate school in chemistry. You will have to take the ACS Organic Exam (and analytical, physical, and inorganic too). Let’s say you’re taking an undergraduate class and the ACS Exam is administered as your final exam. This is commonplace. How do you study? What do you study? Everything?

Like most standardized exams, the ACS Organic Chemistry Exam—not just organic but also physical, inorganic, and analytical are run the same way. A multiple choice exam that focuses on understanding general and first principles rather than rote memorization is not the goal like, say, the MCAT (Medical College Admission Test). The goal is to go through a list of essential skills one at a time and see how you fare.

Of course, there are easy questions, moderately difficult questions, and then a sprinkling of questions about topics you hardly had time to memorize much less forget. Fear not, unless your professor was a total pushover, the ACS exam is much easier than what you might have gotten otherwise. Instead of an open-ended, instructor specific exam, it’s multiple choice.

There are two potential downsides to multiple choice tests depending who you are and how you are doing so far.

Let’s say you are finishing the second semester, and the material that was most recently covered would have been the majority or half of the final your prof was writing. The fact that organic chemistry is a comprehensive subject that builds on itself means that this makes it no easier. The hardest and lengthiest mechanisms are naturally where classes have progressed by this time. In contrast, the ACS organic exam will test material from day one of organic 1.  That’s a lot of material forgotten months ago. Nomenclature, again?…Yes, you have to review it and/or learn it again. Do you see how that might create a less favorable scenario going in? The hardest questions and the easiest questions hold the same weight so any and all details that were renting brain cells from half a year ago are shrouded in a vague fog but are now fair game, again.

So while some people will rejoice in multiple-choice, the other downside of the ACS exam is the fact that it is…well, multiple-choice. First, many people hate multiple choice exams for any personal reasons you can imagine.

Second, in a class where partial credit was the saving grace of many and for generations multiple choice precludes partial credit. For many students partial credit is the only reason for not failing utterly, a multiple-choice battery (so apt) supplants that cushion of “almost” and “close-enough” solutions. Those are gone at possibly the worst possible time. So:

The American Chemical Society Publishing Examinations Division who creates the test, sells the exam to Chemistry departments are they are, by no means, a minor expense. Each exam has a serial number and is collated in a way that no one is seated next to another person with the same exam. This is why if you make any marks, even in pencil, in the exam booklet you will fail the entire course instantly.

No exceptions. It makes no difference if you were slogging and flash-carding or buying review trash on the internet to pass or if you were the demolishing the curve up to this point. If one is not careful, it is literally final (the end) and not in the sense of the last exam to be administered to you.

NEVER write in the test booklet. It is intended to be used until a new round of exams are published and purchased by your college.

How Does One Review for this?

The same publishing arm has a review and study guide that is available for $21 the last time I checked. It contains a list of all the things you need to study and as many sample questions as the real thing with solutions.

The solutions have no explanations but forces you to go find out what the reason was for missing a type of question. If it gave you the answer and the reasoning too, it would hardly make things better and many, who have other finals to study for, would do less, and others, would do no additional studying whatsoever. 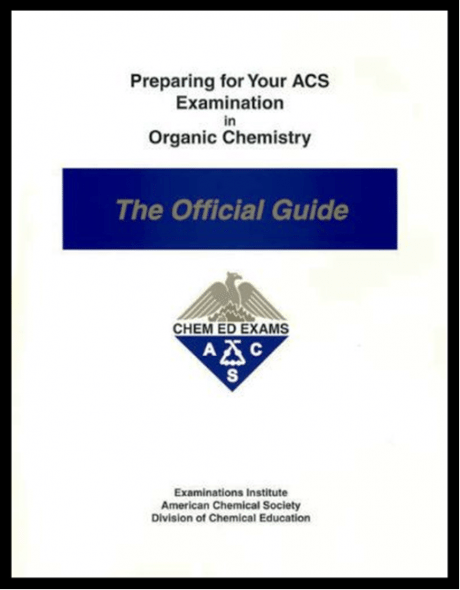 How to use the Official Guide:

Read the table of contents thoroughly. The reason for this is simple. Only you know what you are deficient in and what topics you can do reasonably well. Waiting to remember what those things are halfway through your studying is an example of hobbling yourself in terms of planning preparation. Do not fail to plan for this is advance; it is cumulative. The sooner you dig into the table of contents, the sooner you will gain a rough idea about how much there is to do.

Read the passages one after another. Do not look at the questions or attempt them yet. If you selectively do this or that problem you are wasting the only opportunity to do a full dry-run of the exam after studying. You don’t need sample questions to study, they are all over the interweb. Don’t waste all $21 one fragmented question at a time.