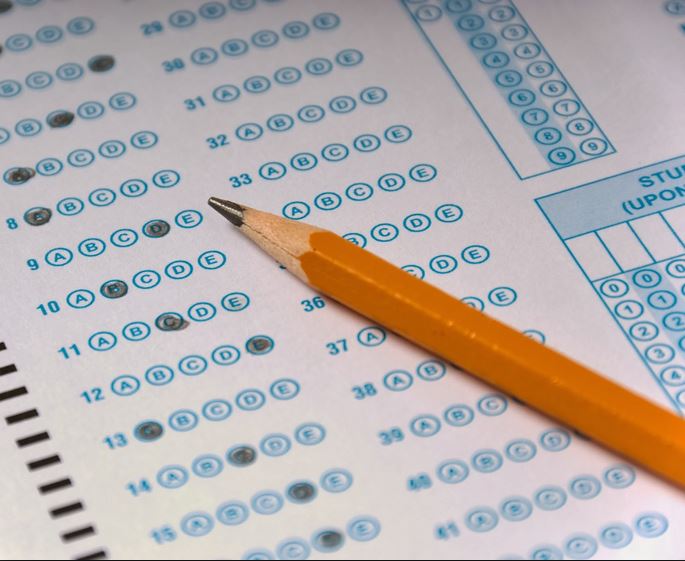 Who Asks That Question Most?

The question of whether organic chemistry is necessary (or to what extent it is necessary) for certain courses of study arises all the time. Which students complain about this most and why?

Those who mostly wonder about the need for organic chemistry are often prospective candidates for professional programs: the pre-medical, pre-dental, pre-pharmacy and other hopefuls across the world. They comprise the majority of science majors. What’s strange, as statistics show, as far as success in college for science majors, the low percentage of timely graduations and retention, the largest problem in chemistry is not organic. Many more fail General Chemistry…the prerequisite survey during the freshman year.1  Nevertheless, organic chemistry makes college students feel doubt about their ability to do science, raises anxiety levels, and commonly invites thoughts of switching majors or careers. It’s been this way since at least the 1950’s (ibid).

Why is Organic Chemistry Necessary?

We’re experiencing diminishing returns in academic performance nationally. Alongside accelerating tuition cost and student loan indebtedness, the standard curriculum is frequently scrutinized. There are fewer applicants to medical school every year.2 More courses are shifting online to save institutional resources. As a nation we produce fewer scientists, engineers, and physicians and perform less basic research and development—the foundation of technological progress. We have always outsourced lesser-skilled jobs abroad but now heavily import more technically and mathematically-intense candidates and professionals from other countries to compensate for slow domestic growth. It is a continuing trend with no obvious remedy.

Ways to improve low performance for organic chemistry are everywhere. If it weren’t for statistical grading and “the curve” the majority of undergraduates wouldn’t pass. Even with the curve, forty to fifty percent withdraw or fail the first time. A college degree is no longer considered a guarantee of a good job. Poor performance is compounded by cultural and institutional trends in education toward massively online open courses (MOOC), online degrees. 2-year programs, and certification-based education.

Some suggest that the second semester of the course should be removed from the premedical requirements and reduce its relative emphasis as admissions selection criteria.2 These changes would simply side-step the issue, and improve nothing. While it would help people who want to study medicine to have better applications and reach their career goals, in the short-run, they may not be qualified to be there. It does them no favors if, once admitted. they can’t manage the course load or have the necessary study habits.  Second, it would not reverse the brain drain that will cause longer-term issues for future generations. While many scientists, physicians included, ever use or are heavily exposed to organic chemistry, wouldn’t you agree there is something suspicious about a doctor who doesn’t understand the nature of the building blocks from which we’re made? Medicine is biochemistry, and biochemistry is organic chemistry.

Organic Chemistry Is Inseparable From the Pre-Med Curriculum

Is it necessary to enter medical school? At the moment, yes. Is it necessary to apply it to practice medicine? Not really.  Most physicians remember or use almost nothing from organic chemistry (the same is true of physics or the other required courses). Except for memorizing the actions and interactions of prescription drugs, most remember less organic chemistry than the average undergraduate. Doctors need to be aware of side-effects and contraindications of drugs. Potentially deadly drug interactions are the subject of pharmacology and physiology not the organic chemistry you are now learning.

There is little question why organic chemistry has continued to be required at least for undergraduates. On the MCAT, the admissions test required to matriculate into medical school, excellence is expected. The regulatory agency, AMCAS coordinates medical school admissions and announced in the past and again this year they have toned down the amount of organic chemistry on the MCAT and replace with more social science like psychology and sociology. The focus is shifted more toward the ability to reason and to follow logic based on first principles. What really matters in medical education is not the ability to do organic chemistry; it is to diagnose the patient. Is organic chemistry necessary for that? No, but neither is calculus, composition, or other core requirements you would expect someone who holds lives in their hands to have completed.

The MCAT nevertheless is but one part of the entire admissions picture and admission committees very much care about all grades. They pay special attention to organic chemistry grades even if the MCAT has de-emphasized some of it because it is an excellent indicator of study habits.

To take a large amount of seemingly unrelated, unfamiliar facts and combine them into workable solutions is science—and in medical diagnosis, that ability is central.

While the majority could survive without learning organic chemistry we could not do without new antibiotics, antiviral drugs, newer and more sustainable products, and greener energy.

The pharmaceutical companies are where organic chemistry research become medicines. Clinical trials deal with approval or rejection but doesn’t stop the formulation of new compounds. Potential cures for disease, vaccines against emerging viruses are discovered or will be discovered by scientists with working knowledge of organic chemistry and much of that research centers around the science and art of organic total synthesis. It is estimated that half of all the world’s chemists either perform or must use organic chemistry to perform their jobs.

The world depends on petrochemicals (fossil fuels) not just for gas and oil but also for almost everything manufactured that isn’t made of metal or glass. Plastics, rubbers, composites, coatings, paints, and finishes are just longer chains of simple subunit molecules (monomers) combined into vastly longer chains (polymers or “macromolecules”) that are linked, formed, molded, and injected into useful designs and shapes. 3-D printing may replace some of that, but that technology also depends on organic materials which comprise the “ink”. The entire world is essentially or partially now dependent on both small and large organic molecules. The fields of materials science and polymer chemistry, and now the computer, semi-conductor. and manufactured electronic circuit industries behind the TVs, smart phones, and video Organic-LED screens, teflon, kevlar, safer non-BPA containers, and synthetic fabrics in most clothing were all made by people synthesizing organic molecules.

It is said that the environmental evils that accrue from the amount of plastic waste in the world is a major problem. Try to imagine life without plastic. That is not the fault of organic chemistry. It is the people who over-use and dispose of it recklessly. The goal is to recycle more and to develop better bio- and photodegradable compounds with the same desired characteristics. Furthermore, it will be organic chemists who also devise environmentally sustainable alternatives and play a leading role in the work of remediating and reversing that waste.

The nanoparticles, nanotubes, fullerenes, and graphene derivatives which are all over the news are a new focus of a flurry of research. These carbon-based materials can be attached to reactive organic groups, making them useful as targeted drug-delivery systems, biological probes, and countless other products awaiting development. Whatever innovation that might counteract the current trend has the greatest potential in organic chemistry. There is no doubt as to the question whether organic chemistry is necessary. Learning it can be a challenge. If one is motivated however, it is not impossible. When students understand it, it is often the most enjoyable, creative, and certainly the most practical chemistry. We could not live without organic chemistry and we need people who understand it.

0 responses on "Is Organic Chemistry Necessary ?"