The Most Common Organic Solvents in Chemistry 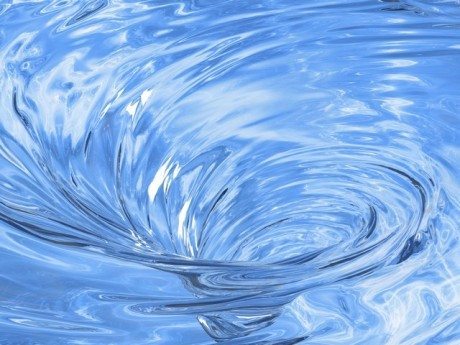 To the chemist organic solvents are the interface where reactions between compounds occur. In Organic I and II, there is often a single solvent for a given reaction, if it’s listed at all. The properties of organic solvents differ beyond just dissolving (separating) participating species to allow them to collide and react effectively.

*Don’t assume however that a solvent will always be included in a fill-in-the blank question or in your reading. That’s why when an organic solvent suddenly appears, it causes confusion. Furthermore is it not strictly required that you include one with your reagents in an answer.

The more polar something is, the more easily solvated it is by other compounds with similar polarity. The same is true for nonpolar species which have an affinity for other non-polar, hydrophobic species. Relative to water, hydrocarbon compounds are non-polar “unlike” water which is polar. The actual degree of polarity or non-polarity is based on the the number and electronegativity of atoms present other than carbon and hydrogen (see table).

Among several physical properties, two in particular are important, the extent of polarity of organic solvents and another consideration is whether it is protic or aprotic. These have special importance in first year organic chemistry where the chemistry of heteroatom (non-carbon) leaving groups are on an sp3 carbon: Substitution and Elimination Reactions (see below). Organic solvents not only provide a medium for the reaction but will sometimes play a leading role for a particular reaction. It will also be the reactant.

Of the physical properties that potential solvents have two dichotomies are important. Meaning that solvents can be compared as either:

Hydrogen bonding is also the supposed reason that single strands of DNA form double strands in solution. Contrary to this widespread belief, a larger attractive force binds the double helix together. It is not only the H-bonds inside the double helix that brings them together into a double strand, but hydrophobic interactions. The non-polar aromatic nucleotide “letters” (A, T, G, C) want to be together and these hydrophobic interactions (a different intermolecular interaction) between arrays of nonpolar purines and pyrimidines on each face of a single strand cause them, in essence, to huddle together to avoid the polar cage of ions and surrounding water. The polar sugar-phosphate backbone therefore faces the polar aqueous environment. Therefore, solvent effects other than H-bonding, are the major attractive force for DNA strands to come together and not two or three H-bonds between nucleotides. The solvent effect of hydrophobic interactions substantially outweighs the binding energies of the hydrogen bonds between complementary base pairs (A-T, G-C). The lesser interactions of H-bonding, are significant between complementary base pairs and adds to the precision of this base pairing. The point is, there are several dynamics of compounds in solution. Luckily, in Organic I and II, you need to only focus on the following two characteristics of solvents.

Some common protic organic solvents (capable of H-bonding to molecules of others of itself):

For the purposes of Organic 1 and 2, what is meant by a protic solvent is one that possesses an –N—H or especially an hydroxylic O—H bond.

Some examples of aprotic organic solvent (they alone do not H-bond together):

Acetone and THF above can act only as acceptors to different molecules. If those molecules have hydroyxylic bonds. But as a solvent, without the donor –O—H or –N—H , they are aprotic. Both the H-bond donor and the acceptor must co-exist in the same molecule to be protic.

….What matters is realizing that organic solvents are polar protic, polar aprotic, or nonpolar. You can determine which solvent falls under which category. At a certain point in the first semester these protic vs. aprotic and polar vs. non-polar combinations become part of deciphering the type of reaction predicted to take place, namely the reactions involving sp3 hybridized atoms (substitution and elimination), with good leaving groups. Not only is the solvent the reaction medium, it’s one of the reactants and a part of the reaction product. In the case of the unimolecular substitution reaction (SN1),  the solvent is incorporated as part of the product and also can act as the base (proton acceptor) to proceed by the unimolecular elimination reaction (E1) to an alkene.

What To Do If You’re Not Sure What to Write

You may have noticed, in lectures, exams, and in your text that organic solvents accompany the reaction arrow or, more often than not, is written with no solvent at all. This happens both in Organic I and II and seems to be completely random. That’s because very often, it is. For students however, when an unfamiliar acronym appears on an exam appears it can sometimes leave students befuddled. When organic solvents are omitted it doesn’t mean the reaction occurs solvent-free. But more to the point, when it’s included, don’t assume that there has to be a reason for its presence: do not second guess yourself for that reason alone. Generally stick to what you know and have practiced.

Organic solvents disappear and reappear in textbook examples to familiarize the reader with the idea that all of this is taking place in a pool of some (usually) organic liquid at some nearly optimal concentration and that, for certain reactions, the solvent is one of the reacting species.

As one of the unspoken rules, the presence or absence of solvent is incidental but to confuse readers is not necessarily the intent.

What’s most important for you to realize that it’s hardly ever necessary to include or state which non-participatory organic solvent is being used when you’re asked in a question to fill in the appropriate reagents beside the reaction arrow. Just realize that you can answer questions with the reagents alone; and don’t worry about knowing which solvent is appropriate or writing one in. Certain reactions just don’t work in a particular solvent that would seem appropriate (and vice versa) so don’t assume or worry that it’s your responsibility to guess; because no one can guess exactly which will be the best. Knowing the right solvent requires actual real-world experimentation.

One More Thing About Solvent…

As shown below is a reference table…you might find handy for lab…there isn’t always a “perfect” solvent for a given reaction—there are often several options. When planning to do an experiment or to optimize one, a working chemist must experiment to find out what organic solvent or combination is optimal.  Other than polarity and protic/aprotic, each has other distinctive characteristics that also fall along a spectrum. The correct choice among organic solvents requires some legwork. The wrong choice can lead to a less than desirable yield or nothing: no observable result at all.

Once you recognize certain abbreviations (e.g. DMSO) or terms (e.g. diglyme) may refer to non-participatory solvents, take notice and then don’t worry about it. If solvent has nothing to do with the way you solve the problem—meaning it isn’t drawn in the reaction mechanism don’t do anything with it. It is important though to know and recognize the vocabulary of common organic solvents as they will just appear on exams. I start with this list when performing a reaction.

In the lab, while doing experiments with organic solvents you need more than polar and protic….

Thanks to Prof. Andre Charette, U. of Montreal for the use of this table.