“They Make Organic Harder Than It Is”

“They really did make it harder than it seems. Thanks so much for everything!  I managed to stay ahead the whole time with the right information.” -Christine S.  Palo Alto, CA

Do They Make Organic Harder than It Is?

One thing I realized after I finished organic as a sophomore, much later when I was getting my PhD, was that the professor I had as a sophomore was unusually tough. I mean he was brutal.  He was either so out of touch with how difficult it was for him to learn it and how it takes time to “sink in”; or he was a true sadist out to punish students because of some insecurity or personal issue.

He went way too fast, talking “above us” and writing complex structure after structure in chalk, faster than anyone could keep up. He even cited the journals his examples were from! That doesn’t happen until you get to graduate school where you get these references so you can go look them up yourself. In that situation, learning it in-depth is really your 60 hour/week job and you’re paid for it.

He totally ignored the textbook both in order and content…and as exams approached I’ll never forget what he would say in a hushed “listen up, you” tone,”…you all know you’re responsible for every in single word assigned in the textbook and my notes, right?” He would wait for a nod or two and that was that for the exam review.

Sure enough, once I got to graduate school I realized he was teaching us graduate level material. Which later made those classes simpler for me. Don’t get me wrong, he was covering the same ideas and concepts, but the questions were multi-dimensional requiring several skills and topics just to get to one answer and anything missing spelled doom.

There were even essays questions! It was abundantly clear his goal was to demoralize and humiliate, not to teach. The averages were in the 40% range at best (which is not much worse than at the national average of ~50%).  Did he make learning organic harder than it is? Absolutely. But my disdain for him just drove me try harder. I would not relent.

The good thing is that no matter who you have as a professor, there must be a curve (statistical grading). Just about everyone who doesn’t feel hopelessly lost and sticks it out past the ‘W’ drop period and continues to do a fair amount of studying will pass since the average must be set to around a C-. This varies at different institutions but just because you pass doesn’t mean you’re prepared to move on to the second semester or, a year later, to take the MCAT, DAT, PCAT, OAT, ACS standardized admissions tests required to move onto graduate studies.

Christine was fortunate. She wan’t making progress and then joined our test group. She had the luxury of seeing what I didn’t until much later on in my career: some professors really try to make organic harder than it is. Of course, knowing that doesn’t help you unless you’re know what to do to get around it. 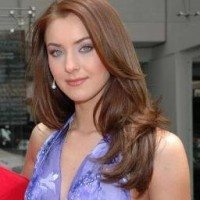